Hit enter to search or ESC to close

Edwards’ syndrome, also known as trisomy 18, is a rare but serious condition that affects how long a baby may survive. There’s no cure for Edwards’ syndrome and sadly, most babies with the disease will die before or shortly after being born and just a small number of babies born alive with Edwards’ syndrome will live past their 1st birthday.

Essentially, your chance of having a baby with Edwards’ syndrome increases as you get older, but anyone can have such a baby. The condition does not usually run in families and is not caused by anything the parents have or have not done.

This can lead to milder effects of the condition, depending on the number and type of cells with the extra chromosome. Most babies with this type of Edward’s syndrome who are born alive will live for at least a year, and may also live to adulthood.

Edwards’ syndrome is associated with certain physical features and health problems. They will usually have a low birthweight and may also have a wide range of physical symptoms and may also have heart, respiratory, kidney or gastrointestinal conditions.

Screening for Edwards’ syndrome is often advised for new and old couples alike. If you’re pregnant, you can be offered screening for Edwards’ syndrome between 10 and 14 weeks of pregnancy. This looks at the chance of your baby having the condition. There are different screening tests but the only non-invasive test that can detect this condition is the  NIFTY (Non-Invasive Fetal TrisomY) prenatal test.

The NIFTY Test is a safe, simple, non-invasive prenatal test (NIPT), which offers screening for certain genetic conditions such as Edwards’ syndrome from as early as week 10 of pregnancy.

Using the latest genetic sequencing technology, NIFTY has over

99 percent accuracy for the three most common trisomy conditions present

at birth – Edwards’ Syndrome, Down Syndrome and Patau Syndrome. The test is currently available in Nigeria only at Genomix.

The procedure is affordable, simple, convenient, safe for mother and baby and the results are fast produced. It utilizes cell-free DNA fragments which are short fragments of DNA, that are circulating in the blood.

During pregnancy, the fragments originating from both the mother and fetus are present in the maternal blood circulation.

The NIFTY test requires taking a small maternal blood sample and analysing to screen for chromosomal abnormalities in the fetus. The technology behind the NIFTY test enables highly accurate results with detection rates.

If the test result is positive for Edwards’ syndrome before birth, you’ll have opportunity to be offered support and information so that you can make informed decisions. 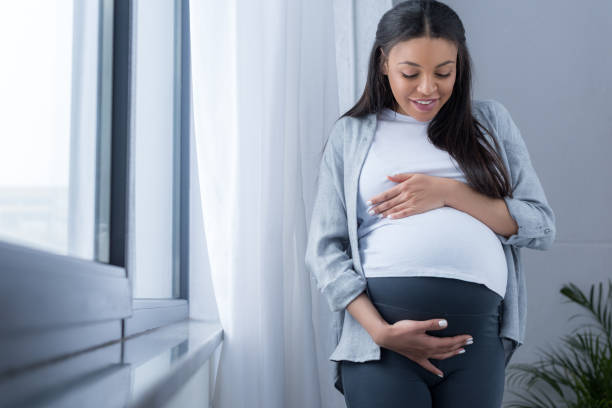